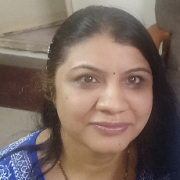 Amaranth flour is the English name given to Rajgira Atta. Rajgira means it's a royal grain which means Ramadana . It's own god's grain . U can make lots of varieties in ur dishes by making laddoos, rotis, puris, but I have given it in the form of aloo tikkis . By adding ths powder it gives a wonderful binding an it's gives a wonderful taste to ur dish . This powder is mainly used during hindu festival an among them sindhis used ths powder during thr fasting . During thr fasting they're nt allowed to eat onions& garlic . This powder is a good source of proteins . It helps in building our immune system . It helps in enhancing the bone strength, since calcium is added to strengthen our bones. It helps in lowering our cholesterol levels..

Sooji it is a different variety of wheat , it comes in various forms like krishna rawa, bansi rawa, . Rawa is used in our daily food items . U can make sweets, upma, cakes, rawa idly, rawa dosa,rotis,poridge . Sooji is good in protein, & fibre. Sooji is good for weight loss. It is the granular version of maida, it is better than maida. It is good for diabetic people... Usually semolina is made from the inner endosperm of wheat . It is gluten free . Usually sooji is made out from dried durum wheat ... It usually comes in yellow an white color....

Sabudana seeds is also known as sago, it is a starch which is extracted from the spongy stem of various tropical palm stems . This sabudana is eaten during fasting . U can make variety of dishes like saboo dhana khichdi, tikkis, mixture, kheer. Different sabudana varies , some sabudana u hv to soak overnight then cook the next day, an some u soak for few hours then u can cook it . It's high in calories, its rich in energy. It is cooked during the festival of Navratri where onions an garlic r nt used.

This atta is made from pure fresh wheat grains . In hindi it is called gehu, the dough wat u prepare rotis r more fluffy an soft an easy to make. Among the other brands in atta aashirvaad is the best an known to everyone . Its followed generation after generation . Ths atta is made of 6 natural grains wheat, maize, oats, soya, channa, & psyllium husk. It's high in fibre which helps in digestion . It is owned by ITC company. They hv a wide variety of spices & instant mixes, atta flour& salt. During my childhood days my parents , grandparents would get sacs of gehu, they would sow it an then take it to a flour mill who would grind it into a flour an give . That would be natural but nw a days everyone wants readymade so nw no going to flour mill when u r getting readymade atta aashirvaad which is pure & natural . Frm this atta u can make variety of dishes like rotis, pooris, sweets, savouries etc & many more . This atta is the best an natural

This flour is very famous in Punjab since they make makkai ki roti& sarson ka saag. It is the third most important crop after wheat& rice. It is widely used in corn starch industries, corn oil production, babycorn etc. This flour is mainly used for making Indian breads, tortillas, snacks, breakfast cereals. It provides 30%of the food calories. Corn is good for diabetic people bcoz it is rich in energy, vitamins, minerals, & fibre. Maize is a tall deep rooted warm weather, annual grass . The flour is pure& natural u can preserve the flour fr about 6 months . Once u get it, dry roast it on pan then keep it in an air tight container so that no worms r found

I have used ths product many times,in my dishes but I feel the black pepper pd is nt so upto the mark. Since the black pepper taste is less spicy . It's just a simple fine powder, fr eg in everest company u taste the black pepper pd it's nice to taste an the powder is of medium consistency , if I use ths everest company pepper pd in my dishes it gives a taste of the real pepper pd. But wen I use ths company aachi pepper pd it doesn't give me tat perfect taste it's jus a normal powder. Though the value of money would be reasonable but it needs to be changed . So while I make rasam I ground few black peppercorns along with ths black pepper powder it gives a proper taste to my dish . Since ths company use to come out with different tokkus like coriander leaves, tomato, karipatta , lemon rice, an many other products but I'm hardly getting any of these tokkus cn u please let me know from whr do I purchase these tokkus since it goes very well with white rice ,

At the beginning it was new to me ths product. It was my first time purchase . I tried once by making in small quantities then I like the taste, it was perfect. It was yum the spices& condiments were perfectly blended. It's just a readymade rasam whenever an wherever u go out , ths is an instant rasam u can use anywhere anytime... If MTR comes out with new new innovative readymade things it would be wonderful an it would make our work a bit easier. This product can be used by people who r working who have no tym to cook . It's an instant. This taste reminds of our ancestors who would prepare like ths , we would nt prepare like them how much ever we try to make tat taste, it would be different since everyone s hand is different in cooking

I tried out ths in two variation , one ws with only simple chessy penne an the other wth masala , the penne would get cooked faster an easier , since in ths pack I would say masalas r nt so spicy nor tangy . It's jus simple by putting them in water an then add the masalas sachet which is given inside. Fr small children it's k but fr an adult or teenage they require a bit tangy& spicy ... In ths mushrooms were less ... It was more chessey but not so chessey , it was ok ok in taste an texture ... It was a bit bland